This event brought together businesses and organisations to promote their climate change, sustainability and biodiversity credentials and was well attended by the public.

The architect’s sketches of the building were on display and were very well received by people visiting the event. The moving of the Museum to become part of the National Stone Centre in that building, along with an expansion to a mining and quarrying museum, was seen as a logical thing to do.

On hand to answer questions about the building and the changes at the National Stone Centre was Miles Watkins from IQ.  Our manager joined him for a while in the afternoon. 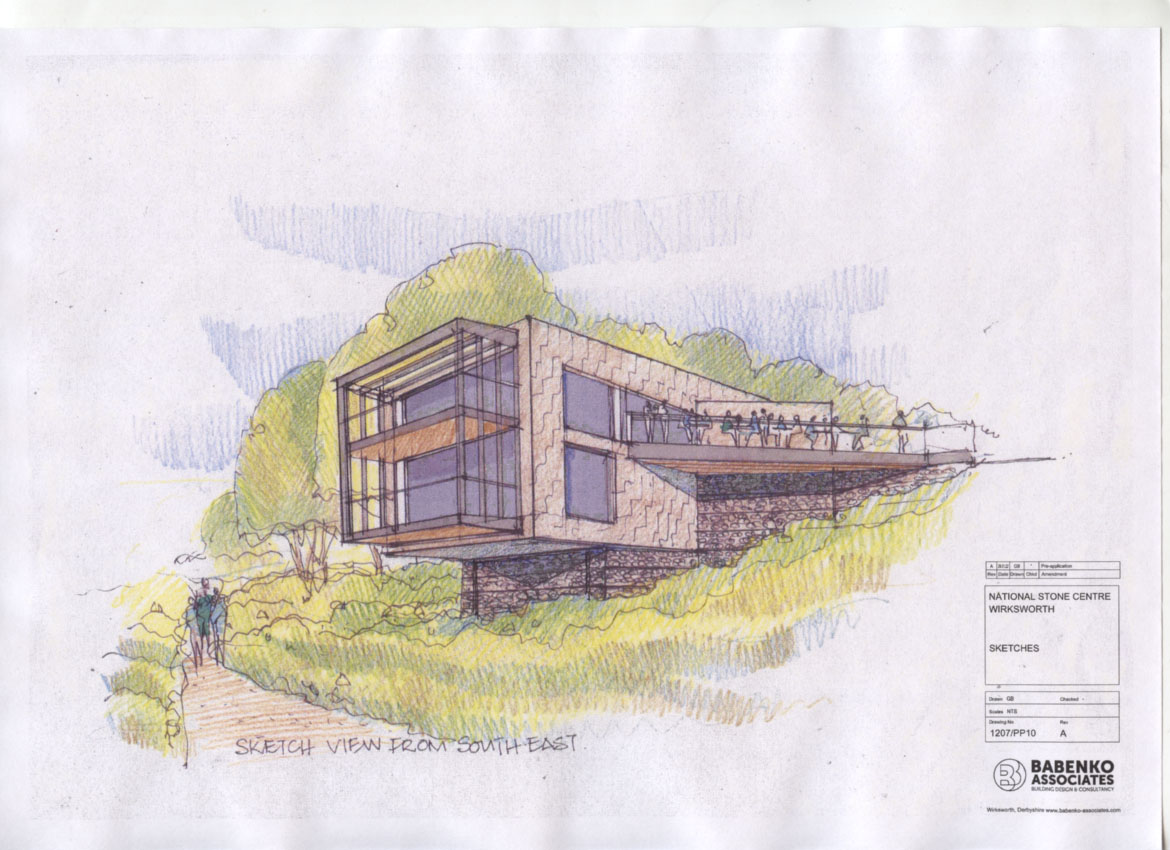 The electricity needs will be generated on site by the solar panels on the roof of each section, there will also be a ground-source heat pump installed.

The building will be highly insulated which will help to maintain an appropriate temperature throughout the year – it will be cool in summer just like our current location, but in winter it will be easier to keep it much warmer than the current Museum. This is something that our staff are very excited about!

Rainwater harvesting will help provide the water for toilets as well as general use on site.

IQ are working with local businesses to ensure the Green credentials of the building and to showcase what can be done.