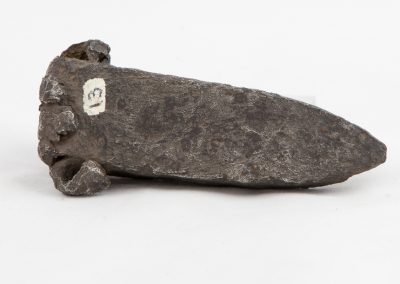 Wrought iron hand tool, known as a gad, which would be used used like a chisel to remove rock/ore  (Museum ref: MATMM:A.13 ) 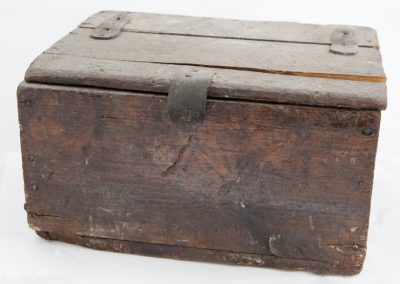 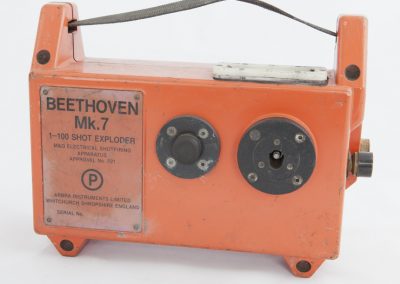 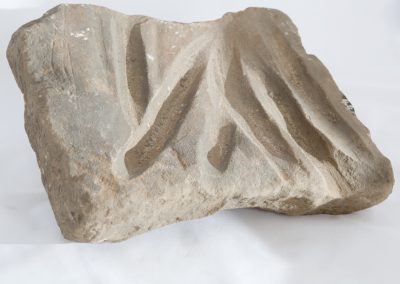 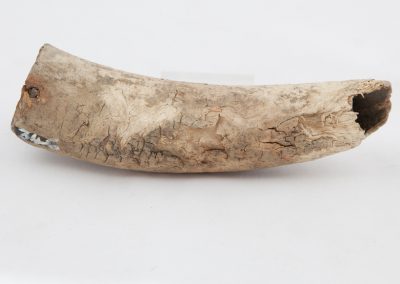 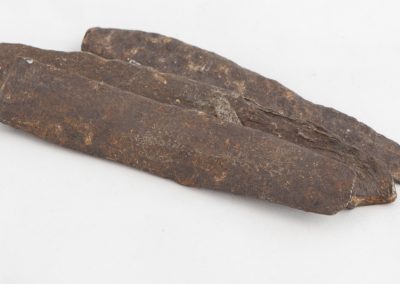 A set of three metal tools known as ‘plug and feathers’, found in the 312 foot level in Magpie Mine, near Sheldon, Derbyshire. The two feathers would be placed into a crack in the rock, and the plug hammered between them to split the rock. (Museum ref: MATMM:A.125) 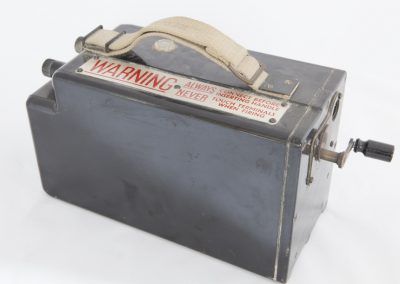 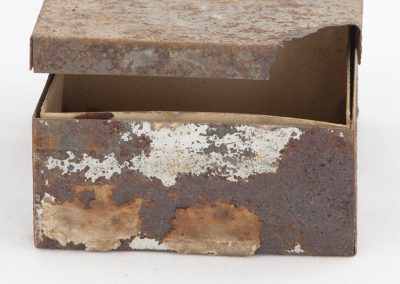