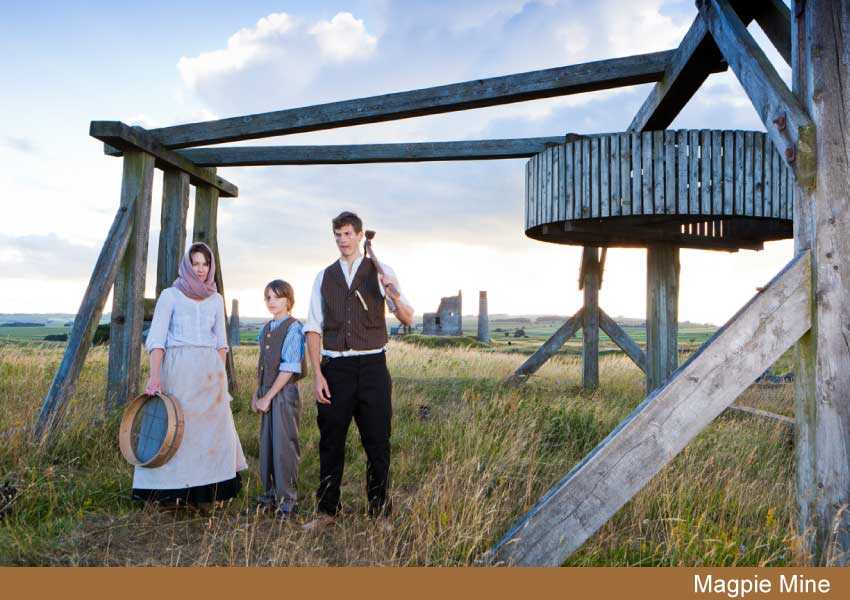 The surface remains at Magpie Mine are probably the best example in the UK of a 19th century lead mine. It has a fascinating history spanning more than 200 years of bonanzas and failures, of bitter disputes and fights resulting in the “murder” of three miners, and a Widows’ Curse that is said to remain to this day. Visible surface remains include an 1869 Cornish engine house and chimney, winding houses and a gunpowder storage house. The 1840s agent’s cottage and attached smithy are now used by the Peak District Mines Historical Society as a field centre. There is also a replica horse gin on the site.

Magpie Mine is about 5km west of Bakewell, near to the village of Sheldon, at Grid Ref. SK173682. The access track is a private road, and cars must be parked at the roadside. Several public footpaths cross the site, allowing access on foot from Kirkdale, Sheldon village, and Hard Rake. There are no restrictions on opening times.

A guide of the site is available from the museum for £1.

The Wakebridge Display at Crich

The Peak District Mines Historical Society (PDMHS) operate a lead mining display on the site of Wakebridge Mine at Crich. There are indoor and outdoor exhibits of artfacts and photographs, along with a mineral shop. The Wakebridge display is part of Crich Tramway Village and can be accessed by a short tram ride from their main site.

Years of archaeological excavations by volunteers from PDMHS, have revealed the remnants of a large scale nineteenth century mining venture at High Rake Mine, near Great Hucklow. The foundations of two engine houses and other buildings are interpreted for visitors to the site.

The mine is situated at SK 1636 7775, near Great Hucklow, to the west of Windmill. There is informal roadside parking where the track following the rake workings leaves the lane, from where it is a short and easy walk.

For more information about the history of the site go to www.pdmhs.com. 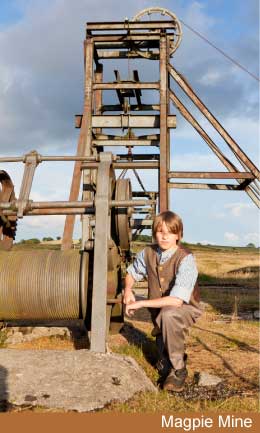